5 years ago
johnstondesigngroup
Of Interest, Ramblings 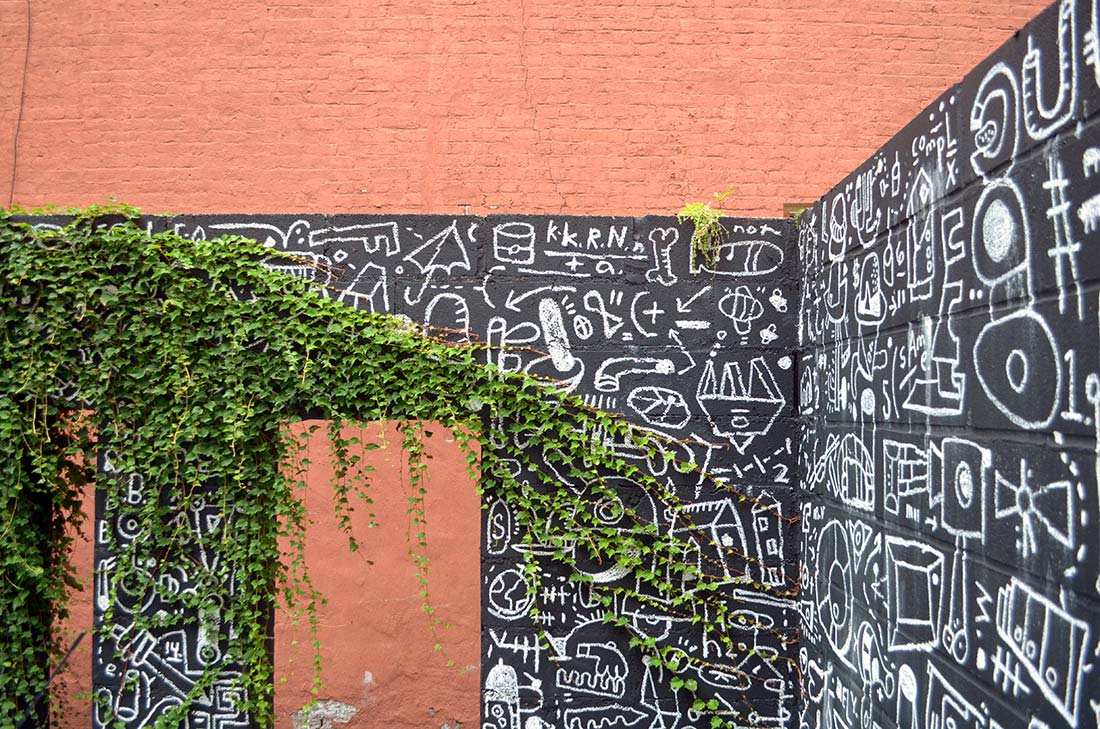 It always helps when a well-known New York artist lives down the street from one of your current projects with cool clients. Katie Merz, whose art is widely published and well known to New Yorkers, lives on Dean Street in Brooklyn’s Cobble Hill, near Oliver and Katia Lief’s home.

Oliver, a multiple Emmy Award-winning film editor, and his wife, Katia, a successful novelist with numerous books to her credit, had just finished the home I designed for them. Their house included a gated car park fronting the street, an untouched and unadorned luxury almost unheard of in New York, left over from the historic property’s previous lives.

Katie walked by the car park’s open walls every day on her way down Dean Street and realized they were a potential canvas. She approached the Oliver and Katia with her idea and when artists, writers and film people get together, creative things happen.

The result is one of Katie’s trademark hieroglyph wall murals. Solid black covers the existing perimeter surfaces and provides the background for hundreds of creative white “glyph” figures, shapes, forms and words. Up close, each is a simple work of art which, if framed, look like something you’d see in a gallery.

At the street level, the work appears to be a pattern, an edge of the sidewalk for passers-by which also serves as a foreground to anyone looking at the recessed facade of the Oliver and Katia’s home. Together, it forms an unplanned, but most-welcome composition along an otherwise traditional brick streetscape.

I’d love to take credit for this as an intended final phase of the original design concept, but I can’t. If you take the time to read Katie Merz’s bio (www.katiemerz.com), it all makes sense. With architects for parents, educated at St Ann’s and Cooper Union, and with a passion for her native Brooklyn, Katie’s the only person who could have visualized this art.

It’s also a story that could only happen in New York! 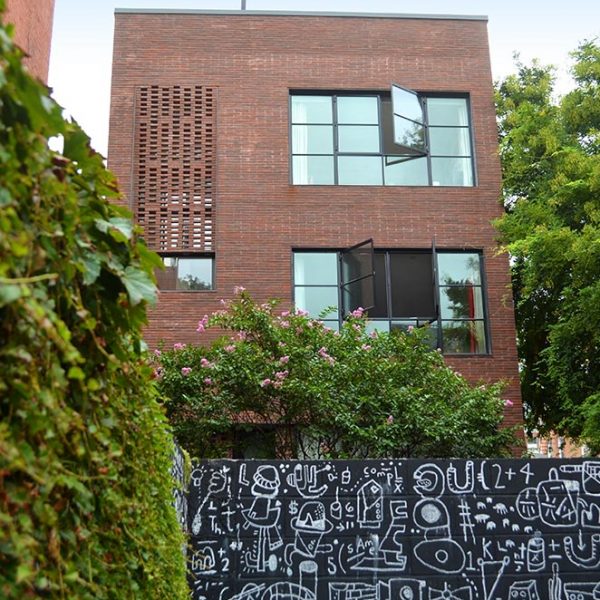 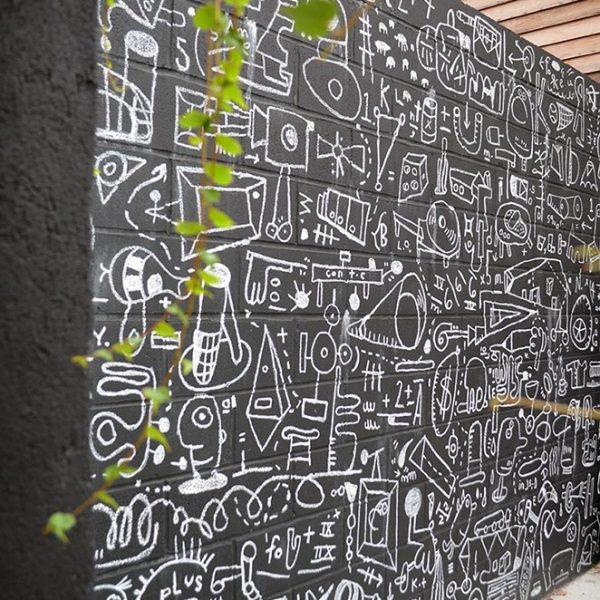 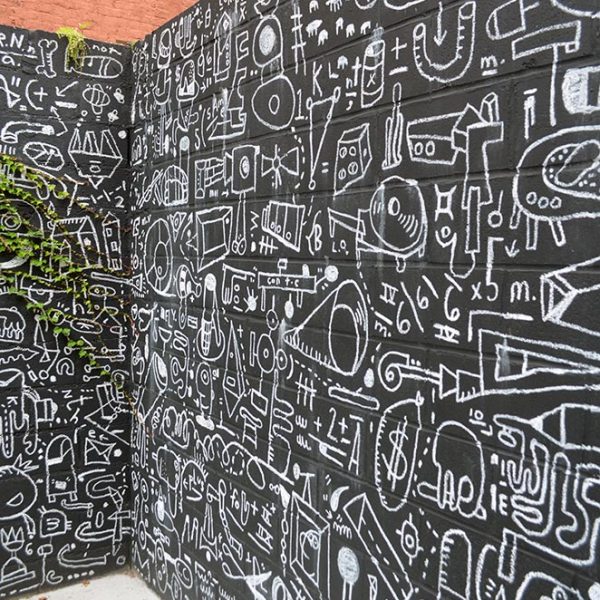